Officers and senior staff of the leading veterinary and nursing bodies have published an open letter to colleagues decrying the use of “derogatory and offensive language” used in online vet forums.

In the letter – provided in full below – leaders accept the need for challenge and criticism of their views and actions but warn against the use of personal attacks that could prevent people from putting themselves forward for leadership roles in the future.

The letter, co-signed by representatives from BVA, RCVS, AVS, BSAVA, BVZS, BVNA, SPVS, and VMG, suggests that such language “is wholly inappropriate and falls far short of the expectations of professionals.” It notes with concern that women, and people from minorities, often face the worst of it.

The letter was coordinated by BVA President Daniella Dos Santos, whose presidential theme is #VetDiversity. She said:

“Online veterinary forums can be a fantastic place for us to share ideas or concerns and support one another but they can also have a darker side. I’ve become increasingly aware of people using forums and other social media to attack and criticise individuals who I know are working hard for our profession.

“I’ve personally been on the receiving end of it, being described as foul, lacking in integrity, incompetent, unsuitable to lead, rotten, idiot, shameful, corrupt or a token. But I know colleagues who have faced far worse and enough is enough.

“It’s high time we collectively speak up and I’m incredibly grateful to those who have co-signed this open letter to our colleagues. Every single vet or vet nurse who volunteers or works as an officer or committee member within the veterinary sphere and all of our lay colleagues work hard on behalf of our professions.

“Our key message is that the mantra to #BeKind, that is so prevalent in our veterinary community, extends to those in leadership positions too.”

An open letter to our colleagues:

We are a mixture of volunteers and paid professionals, who give our time to lead and support the veterinary professions, and we are extremely honoured to be able to do so.

But we are increasingly concerned about the tone of some of the debates that are taking place in the veterinary world, particularly by the disparaging and demeaning language used against us or our colleagues.

As leaders in the professions, representing various different organisations, we absolutely expect to receive criticism and challenge of the work we do. But the right to criticise and challenge does not extend to the right to personally attack us as individuals.

Some of the most useful and informative discussions we have are those where our views and actions are questioned with dignity and respect. But the use of derogatory and offensive language to describe or refer to us as individuals is simply not acceptable.

Personal attacks and vilification could also make tomorrow’s leaders think twice before putting their name forward for such roles and subjecting themselves to such treatment by their peers. We might never know what a loss this could be for the future direction and advancement of our professions.

This behaviour is particularly prevalent in online forums, where closed groups and computer screens seem to embolden members of our professions to use language that is wholly inappropriate and which falls far short of the expectations of professionals. As we have seen in the national political arena, we also note with concern that it is often our female colleagues, and those from minorities, who face the worst of it.

We welcome challenge and debate. But please remember that it is possible to disagree with a person or organisation without resorting to personal attacks. Before posting online, please consider how this may be interpreted by the recipient.

Our professions are rightly focused on mental health and wellbeing, and the work of the Mind Matters Initiative and Vetlife are excellent examples of what is being done in this area.

#BeKind extends to those in leadership positions too.

NEW VMG Livestream CPD – Finding the magic within us all

NEW VMG Livestream CPD – Microbursts of Learning Join us on all our social media on the last Wednesday of each month for a focussed 30-minute lunchtime CPD livestream featuring new…
Read more…. 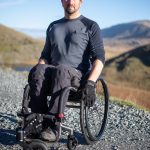 Adventurer to Headline VMG 2023 Congress 8-9 June 2023, Crowne Plaza Stratford upon Avon Darren Edwards, a record-breaking adventurer and specialist in resilience and mental toughness, will be the keynote…
Read more…. 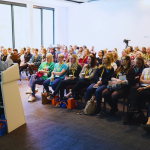 Find this article helpful? Please feel free to share it….