The Key to My Success: Grabbing opportunities and believing in myself 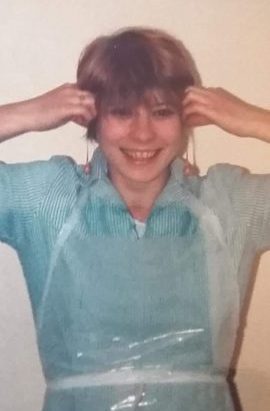 I was an under-achiever when I left school in 1985.  While I enjoy learning I didn’t enjoy school. I also moved around during my secondary education so had studied various curricula and, at one point, had to repeat a year. Leaving school at 16 with a handful of mediocre O-levels and a couple of CSE’s was not a great achievement.

From a young age I’d wanted to work in the veterinary world but, of course, I didn’t have the qualifications to start studying for a veterinary degree and veterinary nursing was not widely known about back then – particularly by my careers advisors who had suggested secretarial college.

When I found out that a local veterinary practice was looking for a trainee under the Youth Training Scheme (YTS) – a government scheme at the time, I asked for an interview. If I got it the job, I would be able to do a couple of years on the scheme whilst re-sitting my Biology O level and starting my A levels as my off the job training.  Following an interview that involved scrubbing in to help the vet plate a calf’s leg and me fainting as she put the first scalpel cut in, I was offered the place.  I knew immediately that this was where I belonged and, looking back, the social and teamworking skills I developed during those early years have been invaluable. I was encouraged to think ahead, to use my initiative and be brave – in fact to be whatever I needed to be to support the team and our patients.

While I love to learn, I am hands-on and like to understand how to put my learning into practice. Over the next four years (two years as a YTS trainee and then as a student VN) I absorbed as much information as I could and developed my nursing skills. Veterinary nursing, as a profession, was developing quickly and I knew that I had found the right career. The practice I worked for was very supportive as I was the first nurse to train there.

I grabbed every opportunity offered and, in return, I was completely committed to the role and the team.  This approach has been fundamental to my development and success ever since

At the time I gained my RVN qualification, the positive effect that the creation of this new profession was having on clinical standards was becoming evident. I felt proud to be part of it and wanted to start supporting other nurses through their training. I found this incredibly rewarding – and still do to this day.  I have learned that helping others to develop is a key part of developing yourself and, by 2004, I was the Head Nurse of a large nursing team. Finding the right balance between clinical work and management was proving difficult though – but the far-sighted owners of the practice wanted to develop a practice manager role – so I stepped out of clinical nursing and became their practice manager.

I had a lot to learn and looked for support from my peers. This involved joining VPMA, as the VMG was known then, and subsequently studying for my CVPM. I did this partly to respond to questions from some vets as to whether I was actually qualified to do my job! I was determined that no-one was ever going to ask that again.

During this time in my career while I learnt how to manage a practice and a team, I had to learn to believe in myself as much as others did. This meant learning to seek advice and mentorship – and to be brave! I was soon asked join the VPMA board, which I was delighted about because it was affirmation that many of my colleagues did really believe that I had something to offer.

I have never thought of myself as ambitious but I do constantly look for challenges. Once I had mastered the role of practice manager, I started to think of what might be next. I was very involved in VPMA and this gave me a perspective of the wide variety of opportunities out there in the wider industry.

What happened next was a case of being careful what you wish for! 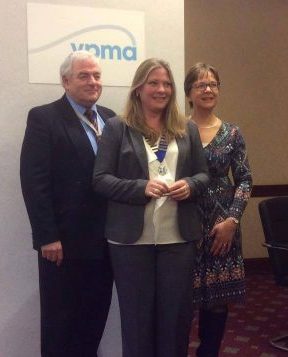 The practice I had worked for since leaving school merged with three other practices, soon after buying another local practice. Overnight my job changed dramatically as I became practice manager of the whole group.  At the same time, I became president of the VPMA. Fortunately, I am always willing to take opportunities when they are presented and don’t let myself get fazed by them. Just as well as, during my presidency, we also decided to rebrand VPMA as the VMG!

In 2018, I was invited by the directors of Kernow Veterinary Group – the latest incarnation of the practice I joined as a 16-year-old school leaver –to become a director. As a single mum, this was a big decision as I would need to borrow money using my house that I had hung onto originally on a nurse’s salary. Again though, I saw this as an opportunity and felt I needed to believe in myself as much as my colleagues did.  It was a great honour and is a highlight of my career.

Sometimes – if I thought about it too much – the sense of responsibility as an employer could feel overwhelming but I was working with a great group of fellow directors, who were so supportive of me as an owner of the business.  At times, I felt humbled by the level of trust put in me as the employer of a large team and also as VMG president.  Knowing who I could speak to honestly when feeling vulnerable or when not feeling particularly resilient to challenges was tricky – I admit – and it still is sometimes.

In 2019 the practice moved into a larger corporate group and I remain a practice director.  And, just as I was wondering what challenge I should take on next, along came COVID-19.  This was, without doubt, the most challenging period of my whole career. Without dwelling on it too much, what I will say is that the advice ‘to put your own face mask on first’ was paramount as the impact on the mental health of everyone in the team was immense.

It wasn’t all bad though, as during this time, I was also invited to join the Cornwall Veterinary Association as an RVN member.  The association had changed its constitution to embrace members from the wider veterinary community in Cornwall. I was then honoured to be asked to stand as president, the role which I currently hold. 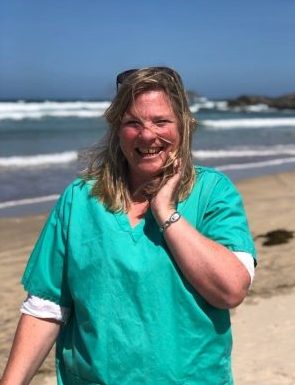 Because RVN’s are now able to hold posts on the council and hold officer roles has meant that the BVA has also had to look at its governance while the RCVS also changed its rules to enable RVNs be become Practice Standards (PSS) Assessors.  I was very proud to be appointed as the first RVN PSS assessor in 2021.

When I look back at my career, I do wonder how it all came about as I never really had a clear plan.  I think it was having the right people around me and being willing to seek advice and mentorship in the right places was key.  If you give 100% commitment and gain the trust of your teams, you can achieve anything you want to. Being ambitious is a good thing – just as self-development and being willing to rise to challenges are important. But I have also always prided myself on being easy to work with as part of a team and easy to follow as a leader.

Ultimately though, my mantra has always been: Believe in yourself as much as other people do and grab those opportunities with both hands.